Usually developers commit their code after they build and unit test their code successfully in their IDE. However, this has some limitations:

QuickBuild introduces the concept of proof build to remove such limitations:

For distributed version control systems, the process will be:

Proof build support needs to be enabled at repository level before you can run a proof build. Refer here on how to set up proof build.

A local changes tab will appear after a proof build finishes. It is used to display uncommited changes collected from user's desktop. Just like in build changes tab, you can view and diff source files. 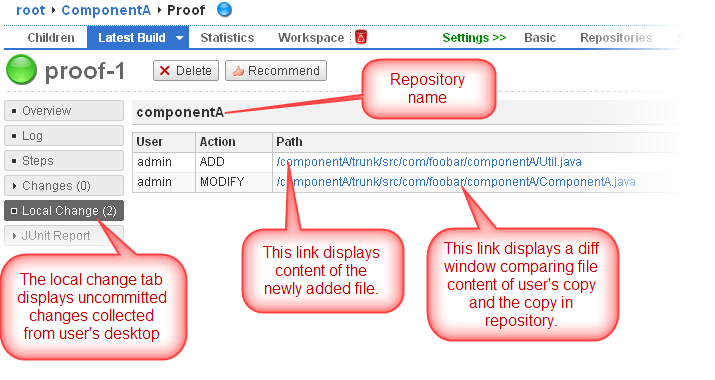 Local change tab can be a good place to do code review: you submit your uncommited changes to QuickBuild to do a proof build. If the proof build is successful, it means that your change has at least passed the build process, then you send link of the proof build to other people for review before commit your changes.